Why do people use herbs as a traditional remedy for most illnesses? For men suffering from erectile dysfunction, herbal treatments are quite popular.

Well, the reason could be its natural appeal, since the herbal plants came from Mother Nature. This makes the herbs a great alternative medicine for some diseases. Here is a list of the best herbs that you can use against er dysfunction.

Herbal Cures and Treatments for ED

Herbal remedies, along with lifestyle changes, provide therapeutic results for individuals with sexual problems. For men suffering from ED, here’s a list of herbs for erectile dysfunction.

An amino acid that helps your body make proteins, the L-Arginine turns into a gas Nitric Oxide (NO) and helps in erectile malfunctions. As mentioned, Nitric Oxide addresses erectile problems by allowing a healthy blood circulation.

According to Healthline, a study focused on L-Arginine as a potential erectile dysfunction treatment. The results suggest that the supplement is safe and well-tolerated by men, though it doesn’t restore a healthy erectile function as a single herb treatment. L-Arginine, often found in penile erection tablets, works effectively when combined with other products like yohimbine hydrochloride and pycnogenol. Also, consider taking healthy foods for ED.

In addition, a study published in the Journal of Sex and Marital Therapy showed that the use of L-arginine and pycnogenol supplement helped a number of men ages 25 to 45 years old. The ED sufferers achieve normal erections without any side effects.

A popular herb in Chinese medicine, Ginkgo Biloba helps improve your blood flow. This explains why Ginkgo Biloba works well in giving a guy a good erection. One achieves an erection when his penis is engorged with blood. However, poor blood circulation may hinder this. That is why a healthy blood circulation through exercise also helps to improve blood flow for you to achieve an erection.

More so, a study showed that Ginkgo Biloba is 84% effective in treating sexual dysfunction. The study also stated that Ginkgo Biloba, often included as ingredient in men enhancement tablets, does more than giving one an erection. In addition, the herb has a positive effect on the four phases of sexual response cycle – desire, excitement(erection and lubrication), orgasm and resolution (afterglow).

Also, if you wish to learn more about Ginkgo Biloba and ED, just search for Ginkgo Biloba erectile dysfunction and you will find more details about this herb’s wonders in improving ED.

This herb has been used in Chinese and Korean medicine for 2,000 years as an agent for health and longevity. They use the roots of ginseng also called as Korean ginseng to treat erectile dysfunction.

This herb works as an antioxidant that releases nitric oxide (NO). If you search for nitric oxide erectile dysfunction you will learn that it is very significant for erectile function because it is a potent vasodilator. Nitrix Oxide relaxes your arteries to allow proper blood circulation.

Yohimbine comes from the bark of a West African evergreen tree and it has been used as ED treatment for 70 years already. The herb activates the penile nerves to release more nitric oxide. It also widens the blood vessels to improve blood flow in your penis to achieve quality erections.

One study learned that 14 percent of the group who received herb bark achieved full-stimulated erections. Of the sample, 20 percent showed positive response while the other 65 percent had shown no improvement.

More so, another study found out that 16 out of 29 men ejaculate and achieved their Big O after completing their herbal treatment. Yohimbine is also effective in increasing one’s sexual desire and in prolonging erections.

The combination of Yohimbine and L-Arginine is reportedly significant in improving ED. It is regarded as safe but can cause side effects like nausea, diarrhea, and stomach cramps.

This comes from the fruit of a small palm tree and has been used to treat symptoms in men with enlarged prostate gland like difficulty urinating. Most experts recommend Saw Palmetto to treat ED caused by an enlarged prostate.

According to Dr. Bruce Gilbert, there is no evidence that this herb should be used to treat ED but similar to gingko Biloba this can interact with some prescription medications to improve ED.

This herb is also known as White’s ginger. This is very popular in Uganda where medicinal plants are more common than medication. This is used to increase libido and manage low sperm count.

Aside from it, Mondia whitei possess the same attributes as Viagra because it increases sexual desire, human sperm motility, and testosterone levels. It also produces nitric oxide and helps with the erection.

An exotic spice derived from the Crocus sativus flower in Southern Europe, you can use Saffron to heal your erectile malady. The herb has been cultivated worldwide in many countries already like Spain, Italy, France, Greece, Turkey and Iran.

One study lead by Shamsa in 2009 administered 200 mg of saffron each morning to 20 men with ED. After 10 days of treatment, there was a significant improvement in penile rigidity, penile tumescence, and in number and duration of erections.

Another study by Modabbernia in 2012 included 36 men who reported fluoxetine-related subjective sexual impairment. After recovery from depression, men received 15 mg of saffron twice a day or placebo for 4 weeks.

There were 15 patients in each group who completed the study. According to the results, saffron helped bring positive results for men with the erectile malady, as they reach satisfaction with their sexual intercourse.

Poor blood circulation causes erectile problems, which makes it harder for sufferers to get a solid erection. Ginger helps increase dilation in the blood vessels to improve circulation that results to a hard erection in your penis .

More so, ginger has active compounds like gingerol, shogaol, and zingiberene. Gingerol compounds have positive effects on blood vessels. A Japanese study found out that gingerol stimulated blood vessels contractions in mouse and rat tissue samples by regulating eicosanoids, a signaling molecule.

However, PDA advises taking cautions when using ginger. For those in blood thinners, ginger may increase the risk of bleeding The herb may also increase the effects of insulin or glucose-lowering medications.

By all means, this herb works as ED treatment because icariin inhibits the activity of the PDE5 that blocks the dilation of the arteries in the penis. Thus, allowing the blood to fill the arteries and engorged your penis to achieve an erection.

The Tribulus Terrestris herb remedies erectile dysfunction by using enzymes. It contains a number of natural biomolecules that stimulate the enzymes that produce testosterone. Additionally, this Nitric Oxide production is essential in achieving an erection and maintaining the penis size.

In any case, the herb works best when to synergize with other potent herbs in a formula. Supplements containing Tribulus also offers a natural increase in sex drive and energy.

If you want to try the power of plants and greens in addressing your ED problems, the list above will surely be helpful to you in finding the best natural herbs for erectile dysfunction. You can also use medical vacuum pump for ed while taking mentioned supplements, since vacuum pumps has been known to give an erection after use.

Try it and experience a difference in your overall sexual health. 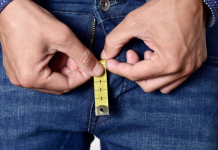 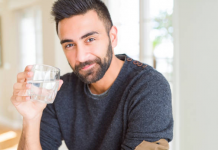 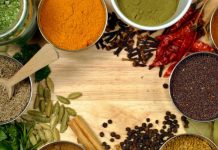 Coital Alignment Technique: How To Do CAT Position, Tips To Make It Right

How to Please Your Wife With a Good Sex: 9 Tips To Give Women...

News just in, you might not always be the young swinging man you were in your twenties, and with time comes the horrible realization...

Coital Alignment Technique: How To Do CAT Position, Tips To Make...

How to Please Your Wife With a Good Sex: 9 Tips...

News just in, you might not always be the young swinging man you were in your twenties, and with time comes the horrible realization...